El Mas de Bernis (the Bernis farmhouse) near L'Aldea, is situated on the left bank of the Ebro river. The farm has played a leading role in the lie of the land of the present day agricultural delta.

The "Sociedad Prados de la Aldea" (Field Society of L'Aldea) was created in 1840, and made the first irrigation channel so as to convert pastures and wetlands into cropland. José Bernis i Mayor was a decisive figure in this first step in creating the new agricultural countryside. It is here that the name of the farmhouse originated: "Colonia Agrícola San José". El Mas de Bernis or Colonia Agrícola San José came into being in 1888. It was architecturally conceived as an agricultural-industrial estate, and was dedicated to the cultivation of flax, cotton, tobacco, etc, and to the production of new industrialised farming methods. The innovation implied by this received international recognition and the obtainment of a diploma of "Honourable Mention" at the Universal Exposition, in Paris in 1889. It also received a gold medal from the Mercantile Industrial Society of Tortosa in 1891. At the beginning of the 20th century the establishment of irrigation channels brought about a profound transformation in the delta of the Ebro as the growing of rice was introduced. Some of the tools that were used for this crop are still conserved. One of them, with all its machinery still intact, is the first rice dryer that was used on the delta of the Ebro.

During the Spanish civil war the Bernis farmhouse was used as the headquarters of the 53rd battalion, which was known as the "Paris commune." It was made up of Frenchmen and Belgians who formed part of the 14th international brigade, which was lead by Lister, and was integrated into the 45th division of the 5th army corps of the Spanish republic on the Ebro front.

The history of the Bernis farmhouse, as well as the conservation of the surroundings, makes it an especially important spot in the modern pattern of the delta of the Ebro.

One of the main tasks that we have desired to carry out has been the restoration and conservation of this legacy and to make the Bernis farmhouse a spot for rural tourism. 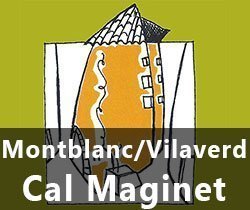